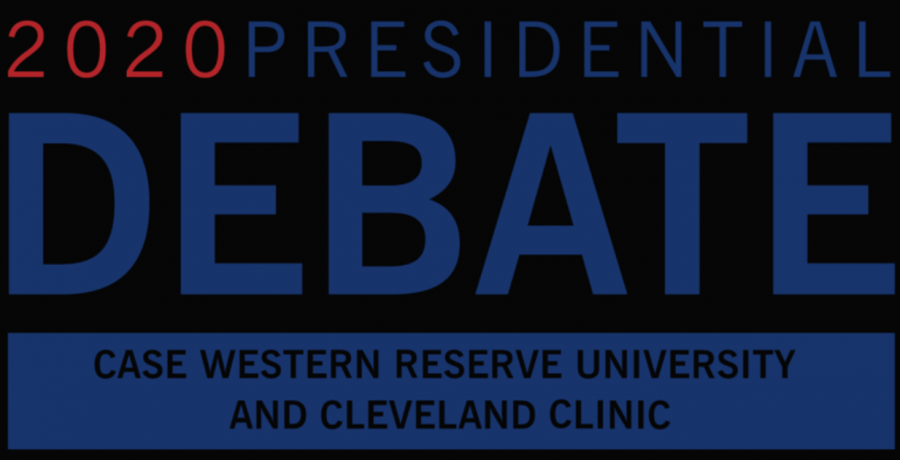 On September 29, 2020, President Donald Trump and Former Vice President Joe Biden took the stage for the first 2020 presidential debate. The debate took place at the Sheila and Eric Samson Pavilion in Cleveland, Ohio. It started at 9:00 PM (EST) and ended at 10:30 PM (EST).

Right before the debate began, moderator Chris Wallace of Fox News came onto the stage to explain the expectations for the audience during the debate.

Chris Wallace then continued on to give viewers a brief introduction to the debate. “This debate is sponsored by the Commission on Presidential Debates. The Commission has designed a format, six, roughly 15 minutes, segments, with two-minutes answers from each candidate to the first question, then open discussion for the rest of each segment. Both campaigns have agreed to these rules,” Wallace said.

Both Republican nominee, President Donald Trump, and Democratic nominee, Joe Biden, walked onto the stage after Wallace’s opening speech. After being greeted with a round of applause, the two candidates took their places on opposite sides of the stage. The first topic was the record of President Trump and former Vice President Joe Biden.

The second topic was the Supreme Court. The question to both candidates was, “Why are you right, why is your opponent wrong, and where do you think Justice Barret would take in court?” Donald Trump answered first and said that his nominee (Justice Barrett) is good in every way. He went on to say that since republicans won the election they have every right to pick Justice Barrett. Joe Biden argued that everyone should wait since elections have already begun.

The third topic was COVID-19. The question that Wallace asked was, “Why should the Americans trust you rather than your opponent to deal with this virus?” Joe Biden went first this time by saying that of all of the numbers of people who have died from this virus, the president had nothing to do with it. Joe Biden also said that President Trump knew all the way back in February about a deadly virus, yet chose not to tell anyone. President Trump came back by saying that if our country followed Biden’s plan, millions of people would have died. He went on to say that he did the right thing by shutting down the country’s boards back in March. President Trump said, “But I’ll tell you, Joe, you could have never done the job that we did.”

When given the question on whether or not scientists are wrong about the vaccine timeline President Trump said that he was working on getting vaccines out sooner to the people. Joe Biden’s return to that was, “This is the same man who told you by Easter, this would have gone away. By the warm weather, it would be gone, miraculously, like a miracle. By the way, maybe you could inject some bleach in your arm and that would take care of it. This is the same man.”

The fourth topic covered in the debate was the economy and it’s recovery. President Trump claimed that the recovery of our nation was “V” shaped, whereas Joe Biden said that the recovery was moving along in a “K” shape. Wallace asked, “What difference does that mean to the American people in terms of the economy?” President Trump said that if Joe Biden were to be president he would close down everything again and the progress that America has made over the past few months will be gone. Joe Biden argued that if the economy wants to recover it has to solve the crisis of COVID-19. Biden believes that President Trump won’t make it any better for the citizens of America.

After both sides went at each other for two minutes, Wallace asked a direct question to President Trump, questioning if it was true that he paid $750 in federal income taxes per month during 2016 and 2017. “I paid millions of dollars in taxes, millions of dollars in income taxes. And let me just tell you, there was a story in one of the papers (that said) I paid 38 million dollars one year, I paid 27 million one year. You’ll see it as soon as it is finished.”

The fifth topic discussed was the racial discriminations found in our country today. “Why should voters trust you to deal with racial issues rather than your opponents?” Wallace asked the two candidates. Biden began by stating that our country stands by the ideals of equality, decency, and our Constitution. He claimed that “We haven’t accomplished it yet. But we’ve never walked away from trying to bring equality to everyone like he (President Trump) has done.”

Trump retorted with a news article in which Biden called African Americans “super predators.” He claimed that Biden was treating the African Americans horribly, and the black community would never vote for him. Trump then went on to say that “We just got the support of 250 military leaders and generals. Total support. Law enforcement- almost every law enforcement group in the United States… You (Biden) can’t even say the word law enforcement because if you say that word you are going to lose all of your radical left-wing supporters.”

Trump repeatedly stressed that Biden would lose his supporters, while Biden continued to argue that he was just as supportive of all races as anyone else.

The sixth topic discussed was the integrity of energy. Wallace asked, “What do you believe about the science of climate change and what will you do in the next four years to confront?” President Trump went first and said that we have to do everything in our power to have clean air and water and that forest management needs to be put in places, such as California. Wallace followed up by asking “Why did you relax the fuel economy standards that are going to create more pollution from cars?” President Trump said, “Not really because what is happening is much less expensive and it is a much safer car, and you are talking about a tiny difference and then what would happen is the cost of the car, you would have at least double and triple the number of cars per purchase.”

When continuing on with the sixth topic, Wallace asked Joe Biden, “You (Biden) proposed two trillion dollars in green jobs, not abolishing, but new limits on fracking, ending the use of fossil fuels to generate electricity in 2035, and zero net emissions of greenhouse gases by 2050. The President says a lot of these things are going to tank the economy and cost millions of jobs.” Biden says that President Trump is wrong. Biden also says that there are tons of things that our country can start doing now so that in future years to come, there will be net-zero energy. “It’s going to create thousands of millions of jobs, good-paying jobs. It’s going to make the economy much safer,” said Biden.

After both candidates answered a few more of the moderator’s questions, the first presidential debate came to a close. Chris Wallace ended by saying, “President Trump, Vice President Biden, it’s been an interesting hour and a half. I want to thank you both for participating in the first of three debates you’ve agreed to engage in. The next debate, sponsored by the Commission of Presidential Debate will be one week from tomorrow (September 30th) on October 7th at the University of Utah in Salt Lake City. The two vice presidential nominees, Vice President Mike Pence and Senator Kamala Harris, will debate at 9pm eastern that night (October 7th)”.