Hong Kong citizens are unhappy about the Extradition Law Amendment Bill that was recently passed. The law has since been suspended, but the damage had already been done. (Wikipedia)

Hong Kong citizens are unhappy about the Extradition Law Amendment Bill that was recently passed. The law has since been suspended, but the damage had already been done.

What is happening in Hong Kong?

Undercover cops are dressing up as protesters and making the Hong Kongers look bad by doing crimes. They vandalize, rob, and destroy public places. In Tsuen Wan, A police officer shot a live bullet at an 18-year-old protester in the chest. Another 14-year-old boy was allegedly shot in the leg. In Hong Kong, journalists are being threatened by police officers. One was permanently blinded after being shot by a rubber bullet by a police officer. Another was hit by a molotov cocktail, thrown by police. Yes, this is really happening!

How did the protest start?

The protest began on February 8th, 2018, when a young couple left Hong Kong for a vacation in Taiwan, staying at the Purple Garden Hotel for nine nights. However, on February 18th, only one returned to Hong Kong. There, he confessed that he had murdered his girlfriend in Taiwan. But Hong Kong authorities couldn’t charge him, because it wasn’t domestic crime in Hong Kong. In addition, they couldn’t return him to Taiwan to serve his punishment since Hong Kong and Taiwan don’t have an extradition agreement.

So, in 2019, Hong Kong’s government (Executive Carrie Lam) presented a new extradition agreement. This would allow them to transfer suspects to Taiwan to be tried for their crimes. However, the same bill would also allow extradition to China, since China’s Judicial system is ruled by the government. Therefore, he or she can tell the judge to arrest you. This started the peaceful protest in Hong Kong. By mid-June, Lam suspended the 2019 Hong Kong Extradition Bill, but protesters wanted the bill to be fully withdrawn.

The heavy response from the police included violent clashes, the use of tear gas and rubber bullets.

What Do the Hong Kong Protesters want?

Though the Extradition Bill was only suspended, Hong Kongers have insisted that the bill is fully withdrawn. Hong Kong protesters have made four additional demands:

People of all cultures and ethnicities, while different on the outside, share the same desire for basic freedom and human rights. The Declaration of Independence famously states that “all men are created equal,” and Dr. Martin Luther King Jr. expressed that “injustice anywhere is a threat to justice everywhere.” As Americans, we must stand with Hong Kong and fight for freedom. 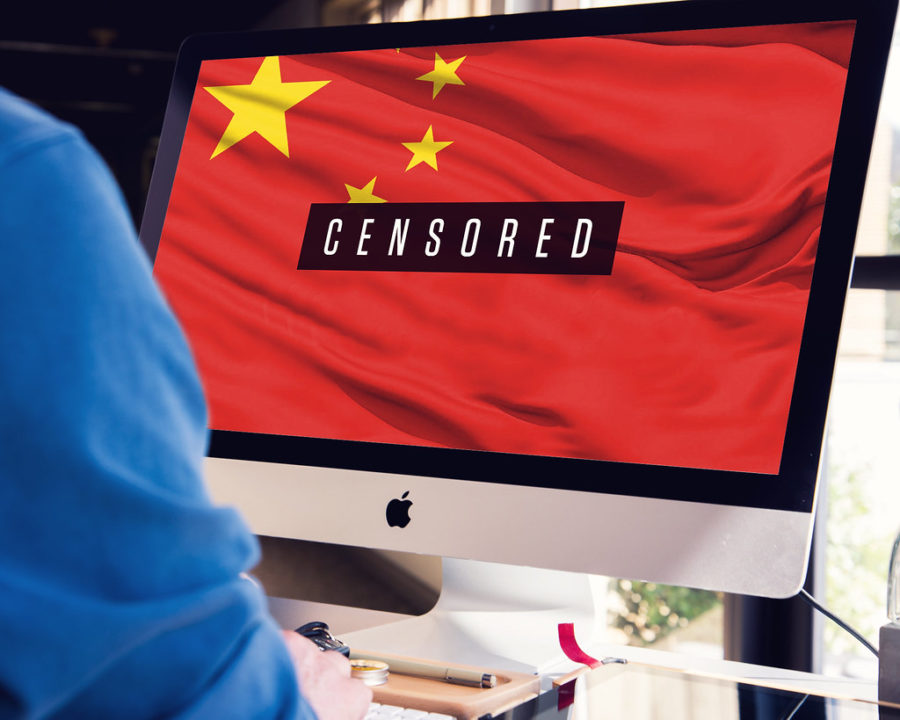 China censors the internet so the Chinese people wouldn't see whats happening in the real world.

China’s population of 1.42 billion is forced to put up with a highly restricted internet, one that bans YouTube, CNN, Twitter, Instagram, and Google. This blockade is commonly referred to as The Great Firewall of China. The country’s firewall is a virtual barrier that excludes anything that spreads the truth out to the world. Even Winnie the Pooh was banned because a student compared him to Xi Jinping.

The fact that China is able to control what people are allowed to see is wrong, and to have a similar influence on Hong Kong would be unacceptable.

Freedom of speech is a principal pillar of a free government; when this support is taken away, the constitution of a free society is dissolved, and tyranny is erected on its ruins.”

“That would be pretty bad because people love Youtube and if the Chinese government took that [from Hong Kong] I would be really mad. Why would they do that?” 6th grader Cyrus R. said.

Another example of China’s censorship occurred when Liu Xiaobo helped draft Charter 08, a 19-point program that called for greater freedoms in China. It included the signatures of more than 300 academics. He was arrested only hours before the document was released to the internet. During his trial, he was sentenced to 11 years in prison. Even so, he won the Nobel Peace Prize in 2010, though neither Liu nor his relatives were permitted to attend the ceremony. Sadly, Liu was diagnosed with liver cancer in May 2017, and in June 2017 he passed away.

“As soon as China allows censorship it turns freedom of speech or freedom of expression on its head. It prevents people from expressing themselves,” said 7th grader Koji C.

How does censorship affect Chinese society? It destroys creativity. If Chinese citizens criticize the government, they risk arrest.

With a lack of free speech and free press, a government can abuse its power without consequence.

As Benjamin Franklin once stated: “Freedom of speech is a principal pillar of a free government; when this support is taken away, the constitution of a free society is dissolved, and tyranny is erected on its ruins.”