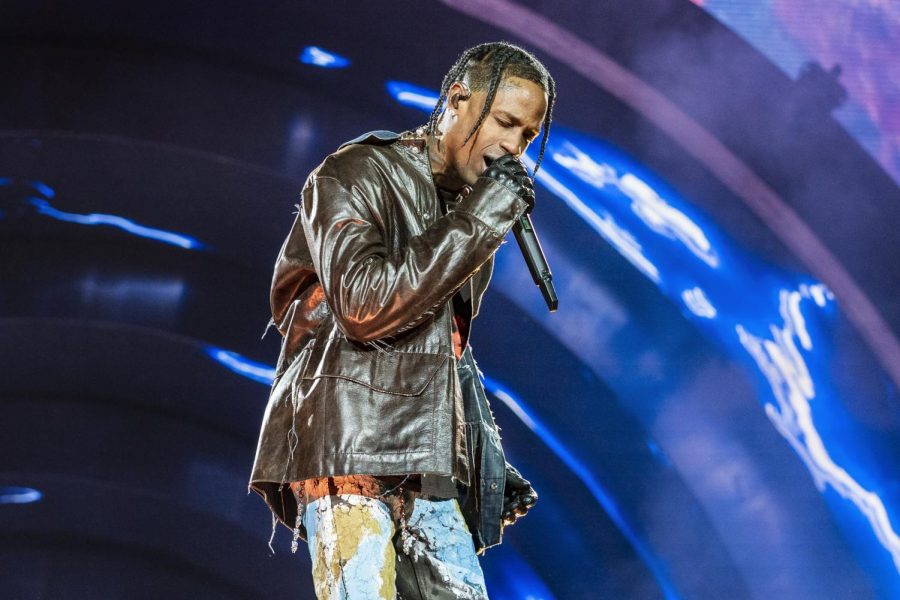 On November 5th, tragedy struck at Astroworld, which resulted in the loss of ten lives.

Tens of thousands of people surround you. Chaos erupts quicker than you can process. The weight of hundreds press against your chest. You can hardly breathe. You reach deep into your lungs to scream out for help. But no one hears you through the pounding base of the sound system. People collapse in front of your eyes, begging for mercy as the masses close in around you. What a nightmare.

This is what several thousand fans experienced at the Astroworld Festival in Houston on November 5th.

According to eyewitness reports, the cause of the incident was thousands of people moshing  together in the crowded VIP section during the Travis Scott concert in Houston, Texas. For many fans within the front partition, it was arduous to breathe. But for the ten victims, it was impossible.

One lost life was nine-year-old Ezra Blount. Ezra attended the concert with his father, and what first seemed like a dream come true, devolved into a nightmare. Similarly to hundreds of those up front, Ezra was crammed into the stage so hard that he could not breathe. Following the incident, Ezra fell into a coma and died days later.

“I can’t even count the number of people walking by me, couples together, crying, just trying to get out, screaming at people to get out,” said Nathaniel Isaac Jewel, an attendee at the Festival.

Travis Scott, born Jacques Berman Webster II, has sparked controversy because of his response to the Astroworld Festival that took place at NRG Park. Many of his fans are condemning his actions, stating that he should have ended the performance much sooner than he did.

Although Scott did eventually stop the show and attempt to help one of the victims by asking fans to back away, many feel it was too little, too late.

“I will never listen to Travis Scott again. I removed him from all my Spotify playlists. Just knowing what happened, I haven’t been able to hear any of those songs.” said Kylie Cameron, who attended the festival.

A couple of days later, Scott recorded a video message on social media in which he sent out his condolences to the victims.

“I am absolutely devastated by what took place [on Friday]. My prayers go out to the families and all of those impacted by what happened at [the festival],” Travis Scott said on Twitter.

The most significant criticism of the event came from the local fire department, suggesting that crowd control was non-existent and that the site of the event was easily large enough to handle the amount of fans that attended. However, a partitioned area near the front of the stage had thousands more people than its recommended capacity.

Chief Samuel Pena of the Houston fire department stated, “They could have had over 200,000 people in this venue.”

Based on the fire department’s statement, it seems that the tragedy was avoidable.

While the kneejerk conclusion is that Travis Scott could have quickly responded to the chaos, it is clear that many concert goers were ignoring the pleas of those who were screaming out for help. Viral video of the incident showed people climbing on the back of the stage to alert the crew and artist. Paramedics were also hindered by fans who were inadvertently blocking any attempts to assist those with injuries.

“You couldn’t move, you couldn’t scratch your own face, [that’s how] tight it was,” stated attendee Lucas Naccarati.

The stage on which Travis Scott performed, was designed in a way that left some observers scratching their heads.

According to Rollingstone, “The stage was shaped like an inverted cross leading to a portal to Hell, which they believe was represented by the arch-shaped set onstage.”

Because of this setup and the casual nature by which cries for help were ignored, some have suggested that there was a spiritual element to the tragic night.

“If you don’t believe that there was nothing demonic about that whole concert, you are spiritually blind and I pray that God opens your eyes,” said a concertgoer on a Tik Tok post.

Despite the controversy and rumors, many citizens have come together in memory of the ten victims who were killed in the calamity.

Apple Music spoke about the incident in a tweet stating, “Our hearts go out to the victims who tragically lost their lives or were injured at Astroworld and their loved ones. We are devastated.”

It remains to be seen whether the incident will impact Scott’s reputation. For those who mourn, it is a night that they will never forget.