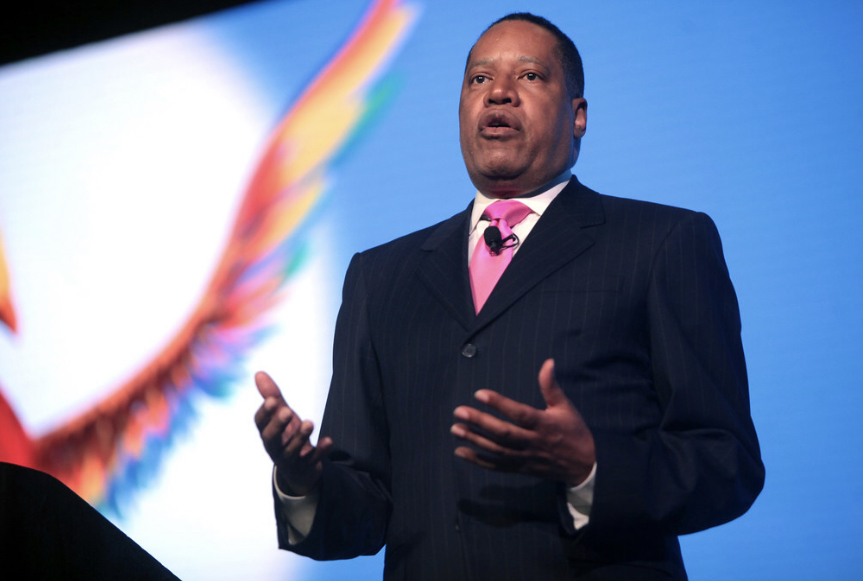 Over the past 10 years, Larry Elder has been a radio host, and now he is the favorite to take the office if Newsom is recalled. Now all thats left it to beat Newsom. Can he do it?

Citizens of California, frantically shouting out a simple yes or no, all waiting for the results to arrive on September 14th. The future of California all comes down to one word, yes or no.

Gavin Newsom was first elected in 2018. Soon after, he was faced with the most unimaginable situation to ever hit California. Yet through a pandemic, Newsom fought hard to keep California safe. However, Newsom’s six-year term may be in jeopardy.

Supporters of Newsom insist that the decisions he made fall in line with CDC guidelines. On the other hand, some voters believe that Newsom has abused his power, and has set California on a destructive path for its economy.

In recent weeks, familiar names like Barack Obama, Joe Biden, and Kamala Harris have come to his aid, insisting that Newsom has done the best he could under the circumstances.

Upstart gubernatorial candidate, Larry Elder is intent to change California politics for years to come. The conservative radio talk show host is the leading candidate to replace Governor Newsom in this Tuesday’s election.

Larry Elder has taken a different approach as governor, focusing primarily on saving businesses while addressing the growing numbers of homeless people throughout the state.

“Businesses are leaving twice as much as they were three years ago,” said Elder.

Larry Elder also stated that we would remove all of the mandates for Covid-19 and start opening up California. Some citizens are deeply disdainful of masks and mandates, and could not agree more with Elder; others believe that citizens need to be cautious, following the necessary guidelines to ensure the safety of Californians.

“I’m not anti-vax. I believe in vaccinations. Everyone who wanted one got one,” said Elder.

Despite the popularity of some of Elder’s ideas, he is still not favored to win the election.

According to the Center Square, “the last time a California governor was recalled was in 2003 when voters removed Democratic governor Gray Davis and replaced him with Republican Arnold Schwarzenegger. If Newsom is recalled, he will be the third governor to be successfully recalled in U.S. history and the second in California history.”

Despite this, many citizens suspect the election to be very close, where only a few thousand votes separate the loser from the winner.

With an election, there also comes a concern of fraud. Since the election is a mail-in-ballot, accusations of cheating run rampant.

Every election, there are bound to be votes that go towards the wrong candidate, but could that small amount change the outcome of this election?

During last year’s Presidential election, many voters from both sides accused the other of cheating, and footage has been shown to stir up the emotions of viewers on both sides. With the astonishing numbers that both Trump and Biden put up, some people are suspicious about the upcoming recall.

“There has been this relentless false narrative about election fraud we’ve been hearing for almost a year now,” stated President of the Voter Foundation, Kim Alexander. Regardless of the circumstances, it all comes down to a simple decision on Tuesday. Will the people of California vote yes or no?