Where is Drew Brees Headed? 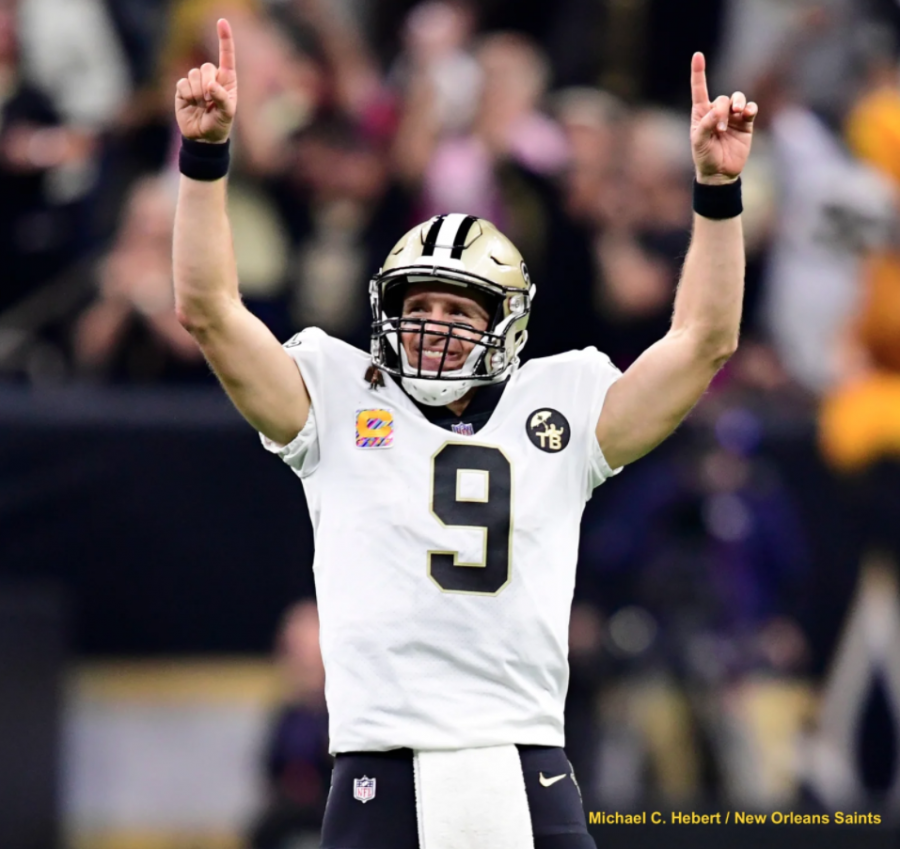 Where is star quarterback, Drew Brees, going to end up next year?

After two decades in the National Football League, is this the last time we’ll see Drew Brees on the field?

Brees is a widely known name throughout the league. He was first drafted by the San Diego Chargers as the first pick during the 2nd round of the 2001 NFL draft. He then left the Chargers after his 2005 season to join the New Orlean Saints with new head coach Sean Payton.

Although it seems that Brees has always been an exceptional quarterback, he had many rough patches throughout his career. One of the biggest was in 2005 when he suffered a dislocation in his right shoulder joint and a tear of the labrum and rotator cuff. As a result, the Chargers chose not to resign Brees and instead stuck with his back-up quarterback, Philip Rivers.

At the time, Brees was offered $2 million in guaranteed money from the Chargers, which was far from the average amount for a starting quarterback. Brees was devastated by the news but portrayed the mentality that if the Chargers didn’t want him, he didn’t want them. So, in the offseason of 2006, two teams showed their eagerness in Brees: the New Orleans Saints and the Miami Dolphins. Fearing Brees would be incapable of playing after his injuries, the Dolphins chose Daunte Culpepper instead.

“That leaves the Saints, the vagabond Saints. Brees sees the irony of it all. He is New Orleans: broken down. Undervalued. In need of reinventing,” said ESPN writer Tom Friend.

If Brees didn’t like move he didn’t show it, as few players improve as much as he did after switching teams. Brees proved not only the Chargers and the Dolphins wrong, but practically the entire league.

In 2010, Brees led the Saints to Super Bowl XLIV and brought home the Lombardi trophy, which was the first for the franchise. After that, Brees’s stats got even more impressive as the years went by.

Fast forward to the 2020 season, and not much has changed. While Brees may no longer be in his prime, but is still one of the most accurate quarterbacks the league has ever seen. However, fans, teams, coaches and players wonder at what point Brees will hang up his black and gold jersey.

While most have had their antennas up in anticipation of a Brees announcement, the time hasn’t come yet. The Saints have made it to the postseason for four straight years, though they have been unable to reach the Super Bowl. Despite the playoff heart-breaks for NOLA fans and the team, Brees has kept his head up.

“The 2020 season ends in disappointment for New Orleans, but it was still a successful year for the quadruple NFC South defending champions. Just not as good as it could have been,” said Canal Street Chronicles.

It’s questionable if Brees will be the one to steer the Saints to a fifth playoffs appearance. Brees is certainly not the quarterback he was when he first joined New Orleans. Though he can still throw the ball and perform a QB sneak, he is 42 years old. And being 42 comes with an ever-growing number of nagging injuries.

During Week 10, Brees suffered 11 broken ribs and a collapsed lung causing him to miss the next four games. Fans appreciated that Brees wouldn’t be out for the whole season. Nonetheless, the injuries Brees faced this season may affect his choice of continuing to play or risking further injury.

For now, Brees has not confirmed anything about his retirement. He still has another year left on his contract with the Saints before he’s a free agent. If Brees decides to stay for the 2021 season, he will likely play in New Orleans. Moreover, even if Brees did want to play for another team, he would be faced with few options. Teams are limited to a salary cap, and may not be able to afford Brees’ price tag.

Presuming that Brees does retire this year, he won’t be leaving football forever. According to Sporting News, “Making matters potentially easier for Brees is the contract he’s got to join NBC following his retirement. NBC reportedly won the bidding war for Brees in April over Fox and ESPN. According to reports, NBC has Brees lined up to be a game analyst on the network’s Notre Dame broadcasts on Saturdays and then a studio analyst for NBC’s ‘Football Night in America’ on Sundays. If Brees indeed retires, he’ll get a full-circle moment very early in his tenure calling Notre Dame. On Sept. 18, 2021, the Fighting Irish host Purdue. That’s Brees’ alma mater.”

Regardless of Brees’s decision, he will continue to make an impact, whether it’s on or off the field. Undoubtedly, he will be missed if he’s not playing front and center, but the future Hall of Famer will always be remembered as the great #9 quarterback that defied all the odds.