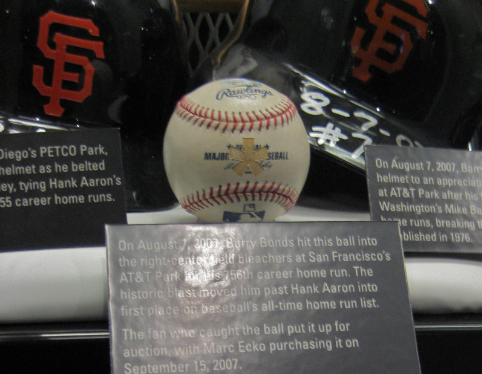 Throughout history there have been many occurences of cheating in sports, but are we doing enough to discourage future generations from it?

As we enter 2021, preparations for the rescheduled 2020 Summer Olympics, to be held in Tokyo, Japan, have already begun. With the football season coming to an end and other seasons on the horizon, sports are a large part of society today.

In every sport, rules are established to make sure their games are played safely and fairly. But those rules aren’t always followed. There have been many times in history when teams or individual competitors have used some form of cheating to push their way to the top.

For example, baseball legend Barry Bonds is known for his record-breaking 73rd home run, sealed on October 15th, 2001. This famed swing moved Bonds beyond the prior MLB record for the most homeruns in history.

But after that season, it was revealed to the public that Bonds was taking a performance-enhancing drug that went undetected in doping tests, which weren’t even mandatory at the time

Fast forward six years: fashion designer Marc Ecko bought the famed baseball from the original fan who caught it in the stadium and set up a website for fans to vote on its fate.

According to the New York Times, “Ecko said he believed the vote to brand the ball showed people thought ‘this was a shrouded chapter of baseball history that wasn’t necessarily the clearest it could be.’”

The baseball was marked with an asterisk and taken to the MLB Hall of Fame, forever a reminder of Bonds’ tainted glory. Many still wonder if that mark was enough to recognize Bonds’ mistake. Does he even deserve that record title, which he still holds today?

More recently, the Houston Astros were revealed to have taken part in a sign-stealing scandal for multiple seasons.

It was discovered that it all began in early 2017 when, according to CBS, “The center field feed was used to decode signs when the Astros had a runner on second base. Once decoded, the sequence would be relayed to the dugout, and the runner at second would decode the signs and signal to the hitter at plate.”

Two months into that system the Indians switched to the garbage-can method, which involved pumping a live feed to a new monitor. No one knows if this had a significant influence on their victory against the Dodgers in the 2017 World Series. Did they even deserve that win?

Prior to 2018, all MLB teams were warned not to participate in electronic sign stealing, but around the same time the Astros obtained permission to relocate their video room closer to the dugout. They continued to use their new location to decode signs during the 2018 season.

The Houston Astros were finally caught when MLB conducted an investigation. Their punishment wasn’t revealed until early January of 2020. Their manager, A.J. Hitch, and general manager Jeff Lunhow were suspended for one year. The team was fined $5 million and lost future draft picks. Shortly after the punishment, the Astros fired Hitch and Luhnow.

While cheating remains an issue in leagues throughout the US, deception is also a dilemma in international sports.

On September 21st, 2019, there was speculation that some of the data collected from the Moscow laboratories was manipulated before they were handed over to the WADA, or the World Anti-Doping Agency.

After nearly 3 months of silence, on December 9th, 2019, WADA banned Russia from major international sporting events for four years because of tampering with drug-test reports. Since then, Russia has not been permitted to host, participate in, or establish bids for these events.

But on December 17th, 2020, the terms were changed. “Russia has (now) been banned from fielding a national team in the next two Olympics and any world championship sporting event in the next two years, a decision that reduces the length of Russia’s suspension issued last year. Individual Russian athletes who compete will not be allowed to use their nation’s flag and anthem,” according to NPR.

This ban will affect the country’s participation in the 2020 Summer Olympics in Tokyo (postponed to the summer of 2021), the 2022 Winter Olympics in Beijing, and the 2022 FIFA World Cup in Qatar. But what caused this sudden change of plans?

According to NPR, The CAS, or the Court of Arbitration for Sports, stated, “‘It has considered matters of proportionality and, in particular, the need to affect cultural change and encourage the next generation of Russian athletes to participate in a clean international sport.’”

A Switzerland-based court justified the decision by stating that the lighter penalty was not meant to validate Russia’s actions. But it did slice the time in half, allowing individual athletes to compete. Was this the right decision to make?

If an individual Russian athlete takes home the gold this year, what will happen? Other competitors may be angry that Russia, the country that was supposed to be banned for foul play, may add another gold medal to a very tainted legacy.

Cheating in sports dates back to the era of the ancient Greeks and Romans, though it generally merits a quick consequence in today’s sporting world. But is that enough to discourage future competitors or players from faking their way to the top?