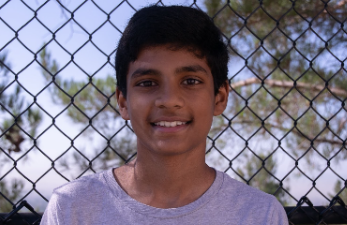 Question: Would you rather live in a treehouse or in a cave?

“I would rather live in a cave because I don’t like being in the sun too much. [My cave would be in] a forest, because there is more food. [There are more] fruits and berries in the forest. [The cave would be] underground to protect [me] from danger, like if there is a nuclear bomb on Earth I would be safe. The door would be very casual with just a normal lock. I wouldn’t want to live with anyone, but I would bring a dog with me, maybe a golden retriever. I [also] feel like the [underground] cave would be able to keep me safer from animals. The underground cave would also make it so that I wouldn’t have to talk to too many people.