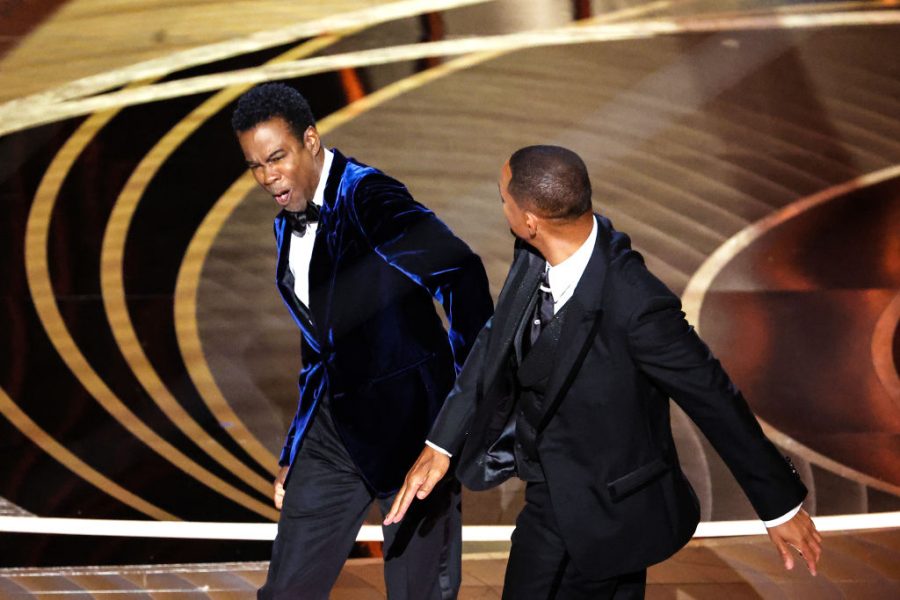 Will Smith smacks Chris Rock at the Oscars after he made derogatory remarks toward his wife.

The Oscars 2022 took a slight turn with one comedian and just a few words. Chris Rock was performing a set and decided to make a joke regarding actor Will Smith’s wife. Saying, “Jada, I love you – I can’t wait for GI Jane 2.”  GI Jane is a character from a movie who has no hair. She has a buzz cut. Jada Pinkett Smith suffers from alopecia. She recently shaved her head because alopecia causes your hair to fall out in significant amounts. Will Smith did not tolerate this behavior and decided to show Chris Rock just how wrong he was. Will Smith walked up to the stage and smacked the comedian then continued back to his seat and screamed for a little while longer. Chris is not pressing charges but it sure was an unusual event that will go down in Oscar history.